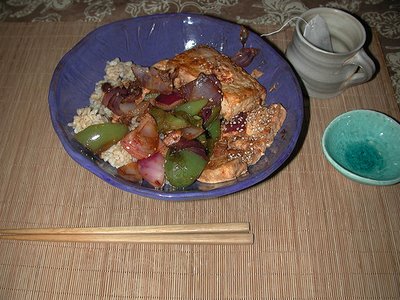 This Thanksgiving I am especially grateful for the functioning of my two wonderful arms. But not just my arms. I am grateful for my whole body, mind, and for the earth on which I live. My amazing heart pumps blood day and night to all the parts and organs of my body. How often do we give thanks to our hearts? To the sunshine? The rain? The clouds? The ocean? The mountains, desert, lakes, our eyes, nose, toes, heels??
Thank you, heart!

Just to be is a blessing
Just to live is holy

Here are a few more things for which I am grateful: 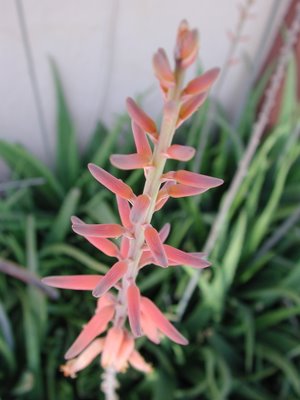 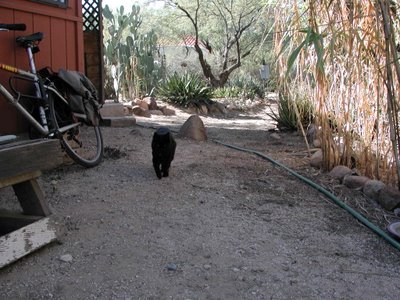 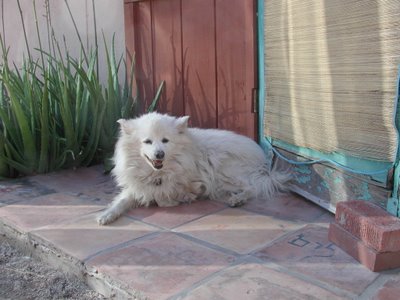 Posted by Nicole Raisin Stern at Wednesday, November 22, 2006 No comments:

Back in the saddle 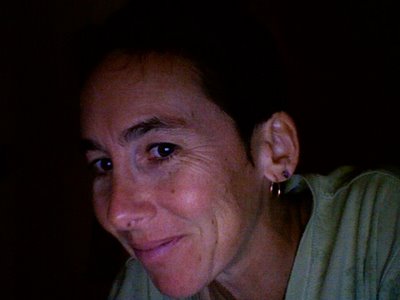 It's Sunday and I’m at Raging Sage Coffee House on Campbell. I rode my bicycle here, the first time I’ve ridden since falling off my bike on September 22nd, about a month and three weeks ago. I rode more slowly and cautiously than usual, without my usual speed and flare, aware of how my left hand and arm feel on the handlebars. If I exert too much pressure on my right hand and arm I feel pain in the elbow area sailing down to my wrist. They say if you fall off your horse, you need to get back on. Get back on and keep on riding. No matter how many times you fall. With all the long bicycle journeys I have taken--solo and pair rides up and down the switchbacks between Flagstaff and the Verde Valley; from Flagstaff to Alaska through the Kluane Wilderness, British Columbia, and Yukon; throughout mountainous Japan; within Hong Kong; from SW China to SE Tibet; from Monterey, CA to Flagstaff, AZ; from Northern Illinois to Northern Minnesota, over icy passes, through windstorms so strong it was hard to pedal, through heavy dust storms that required covering my nostrils and mouth with silk cloth in order to breathe--I have fallen off my bike only twice. The second time was my recent fall and was quite unspectacular as far as falls go; the first time was twenty years ago in Kyoto. I was riding with my friend Doug, both of us side by side on our mountain bikes on Kitayama-Dori in the northern part of the city where we both lived. Our handlebars got tangled like deer antlers as we rode along talking and laughing. I slid under a parked car, with only millimeters of space between my forehead and the top of the underside of the car, so Doug said. I was lucky. And just as I did after my recent fall, I attempted to get right back on my bike, but Doug led me to the curb to rest awhile. He went back to the house to get my friend Kate, a massage therapist, who was studying shiatsu at the time with a local anma. Kate returned on her bike to apply gentle acupressure to my body as an aid to the release of trauma. The next day, I went to the hospital with my gaikokujintourokushou (aka, ‘alien registration card’) and was treated by a doctor, x-rayed, and given an elastic protective brace to wear on my collarbone which had a hairline fracture. All for the equivalent of eight dollars, and I was an alien without health insurance! Could it be that the Japanese government looked the other way for those of us who were native speakers of English, knowing we provided a much needed service with our English teaching? Even though I had little knowledge of language teaching pedagogy or second language acquisition at the time. Or, it could be that the Japanese health care community treats fairly those in need. Simple as that, no questions asked about one’s immigrant status, legal or otherwise. I don’t really know. I know that I was treated quickly, cheaply, and well. Voters in the recent Arizona election voted against providing healthcare to illegal immigrants. I subscribe to the idea that ningún ser humano es illegal (Spanish for ‘no human being is illegal’), which means (to me) that all should be cared for equally well. However, I could better understand the logic in temporarily ceasing to systematically treat “illegal aliens” if a provision had been included to 1) improve healthcare for “legal” US residents (and by improve, I mean universal healthcare for all) and 2) if it could be proven that providing health services to “illegal aliens” prevented delivery of healthcare to legal residents. I don’t think condition número 2 could be proven. More importantly, I believe we humans have a responsibility to help our fellow beings (human and nonhuman) without discriminating. Why else do school children in America grow up repeating the Pledge of Allegiance, which promises freedom and justice for all? It doesn’t say for some or for Americans only; it says, for all.
So, today I got back on my horse and somehow ended up here.
Posted by Nicole Raisin Stern at Monday, November 13, 2006 No comments: 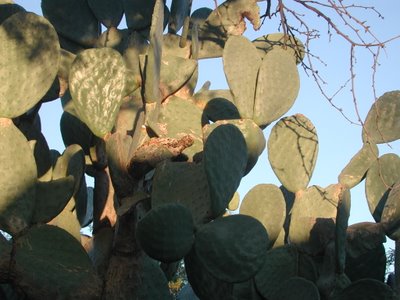 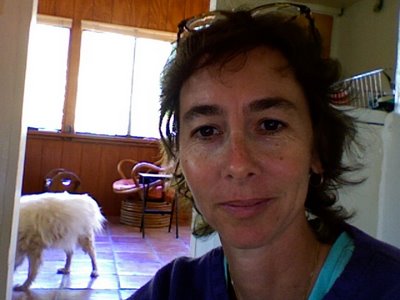 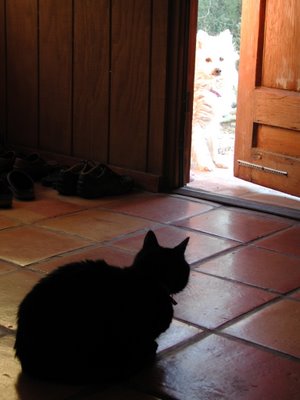 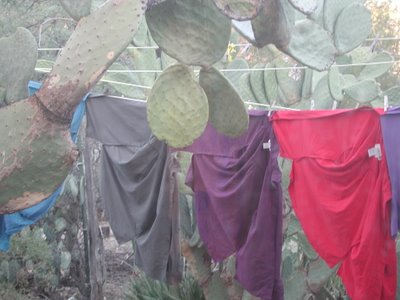 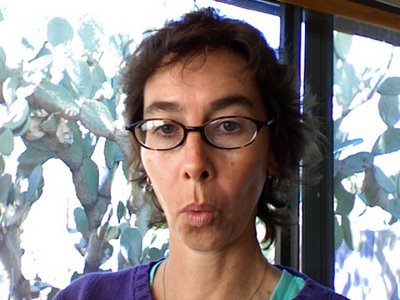 Today I am typing with both hand/arms without any pain for the first time since September 22nd--when I fell off my bicycle. The othopedic doctor I've been seeing says my thin little arm/bones are healing more rapidly than some "big men" she sees with similar radial head injuries. I was hapPy to hear that for a few reasons. The first being that she told me I now had to be careful: "at your age you are losing estrogen." That was a weird thing to hear since a lot of people usually think I am in my 20s or 30s, never in my 40s. I tend not to believe in the traditional age correspondances anyway; they usually don't correspond to the way I live my life. Though research findings may show lower levels of estrogen and loss of bone density in "middle aged" women as they age, other factors ought to be considered when typing someone by her age. For example, I am flexible in my body, physically active and limber, and the foods I eat sustain my healthy body. I eat a lot of tofu, miso, seaweeds, legumes, whole grains, green vegetables, and tea. A little dark chocolate now and then helps, too. The second reason my rapid healing progress makes me happy is that it may have to do with the schedule of homeopathic remedies that I have been taking (prescribed by a homeopathist) for mending and strengthening of broken bones, specifically: Arnica, Bellis P., more Arnica in lower dosage, Symphytum, and Calc. Phos. The third reason is that I am right-hand dominant. I do a lot with my right hand (art, writing, cooking, etc.) and need to have my right arm to ride my bicycle. I still cannot press down with much weight on my right arm or lift anything heavy, so I will have to wait a bit more to get back on my bicycle. But soon!
Posted by Nicole Raisin Stern at Friday, November 03, 2006 No comments: